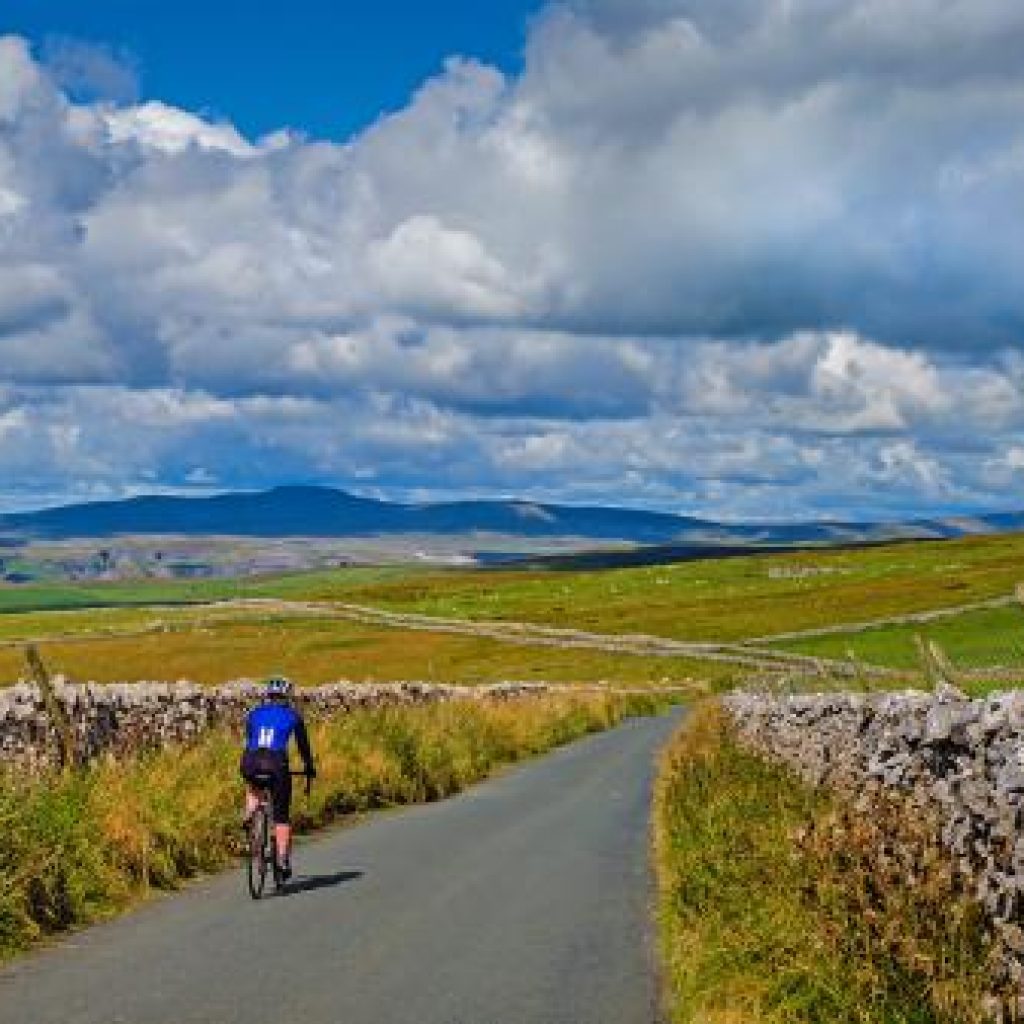 The road to Settle in the Yorkshire Dales National Park

The route A stunning ride through Yorkshire’s rolling hills and dales, and a chance to travel back along the scenic Settle-Carlisle railway route. Your journey will take you through the Yorkshire Dales National Park under Whernside, through Dentdale, the Lune Gorge and the edge of Howgill Fells, and across Orton Fells to Appleby-in-Westmorland.

Start out on the Pennine Cycleway 68 on quiet roads to Clapham and Ingleton, with great views of Ingleborough Fell, one of Yorkshire’s three peaks. Then travel on to the picturesque village of Dent, and through a patchwork of colourful moorland to Sedburgh. You’ll be in new sections of the national park, riding to the village of Orton, then after a final climb, arrive at Appleby-in-Westmorland. Take the train back from Appleby to Settle (bikes go free and you don’t need a reservation).

Reculver Towers are a key landmark along the route

From Margate, look out for signs to Route 15, which will take you along the coast to the pretty Victorian resort of Westgate-on-Sea. Continue along the coast through Reculver Country Park, a great picnic spot and an internationally important site for migrating birds, and where you’ll find Reculver Towers. Historians believe that Reculver was likely to have been one of the places the Roman army landed in AD43. The path sweeps past scenic Herne Bay and into Whitstable. From Whitstable pick up Route 1, which leads you down an old railway line to Winding Pond — another great place to picnic — and Harbledown. Continue to follow the signs on roads for Route 1, which will take you into Canterbury.

Start from the station in Fort William. Take an off-road path behind the supermarket and continue on quiet streets to a footbridge over the river near Inverlochy Castle. Follow the cycle lanes along the B8006, turn left on to a shore path and follow it around Neptune’s Staircase. (Take care when crossing the A830.) Continue on the eastern towpath to Gairlochy where this section of the canal ends and Loch Lochy begins.

From here, cycle back the way you have come to Fort William or, if you are after a challenge, extend the route on to Fort Augustus (some sections will require mountain bikes). If following this leg, take the Caledonia Way along a Forestry Commission track, old railway line and back on a canal towpath into Fort Augustus.

Start at the centre of Rugby and travel along the Great Canal Way. You will pedal past the Wildlife Trust nature reserve of Cock Robin Wood where you might get a glimpse of moorhens and dragonflies, residents of a newly established pond. Ashlawn Cutting, a leftover from the railway, is known for its flowering plants — if you’re lucky you might also spot grass snakes. At Draycote Water there’s a five-mile path around the perimeter of the reservoir, home to rare migrating birds in the winter and a great picnic spot.

Pass by Draycote Meadows nature reserve, with another fantastic display of wildflowers in early summer, and the picturesque village of Birdingbury. The route comes in to Leamington Spa, before joining the Grand Union Canal and passing the Leam Valley Wildlife site. The route then passes by Warwick station, which will let you return by train. Alternatively, lock up your bikes at the station and stroll through Priory Park to Warwick’s historic centre, where you are moments from the castle.

The pier in Llandudno, the Victorian seaside town

Attractions include Porth Eirias at Colwyn Bay, which has a marvellous beach, watersports centre and restaurant, Kinmel Dunes nature reserve, Rhyl seafront and the Dee Estuary-Point of Air RSPB reserve.

It is a mostly traffic-free, open, coastal route, which means that it can get windy at times.

The Kennet and Avon Canal, near Bath — much of the route has been improved for cyclists

The promenade at Morecambe marks the start of the cycle route

The path along the coast near Llanelli, a prime location for bird-spotting

Start off in Swansea and cycle around the bay towards Swansea’s seaside resort, the Mumbles. Look out for National Route 4 signs and cycle mostly on off-road paths towards the estuary of the River Loughor. Follow the path through the wetlands of Llanelli, looking out for black-tailed godwit, curlews and little egrets, which are common visitors to the Llanelli Wetlands Centre, as well as the centre’s colourful resident flamingos. Follow the coastline through the saltmarshes of scenic Burry Inlet and into the small coastal town of Burry Port. Then cross the headland towards Kidwelly, famous for its 12th-century castle.

There are fine buildings to explore when you get back to Peterborough, particularly the city’s magnificent medieval cathedral, which is built from nearby Barnack limestone and is famous for its three high gables known as the West Front. Other attractions along the route include Peterborough Sculpture Park, Ferry Meadows Country Park and the Nene Valley Railway. The Green Wheel is signed throughout, so it’s easy to follow, and the city’s extensive cycle network lets you choose many alternative routes.

Take care at Stockingfield canal junction as it’s easy to miss. You need to leave the canal, passing through a short tunnel (on road), and climb back to the towpath on the other side. After Stockingfield, you reach Glasgow Road bridge, a bustling boating centre. From here, you come to the beautiful Kelvin Valley with the Kilsyth Hills to the north and Falkirk, now famous for the beautiful Kelpies statues and the Falkirk Wheel, a rotating boat lift. Follow the path up beside the wheel until you pass through a short tunnel on to the Union Canal. Take care through the Falkirk Tunnel, which can be slippery. A bit farther on, watch out for the pretty, stone Laughin’ and Greetin’ bridge. After crossing the River Avon, with fine views of the Bathgate Hills, you reach Linlithgow where there is a palace and a boating centre. Enter Edinburgh through Wester Hailes where the old canal was reopened as part of the Millennium Project. At Slateford join Route 75, which follows the canal for another 2.5 miles to its end at Edinburgh Quay at Fountainbridge. 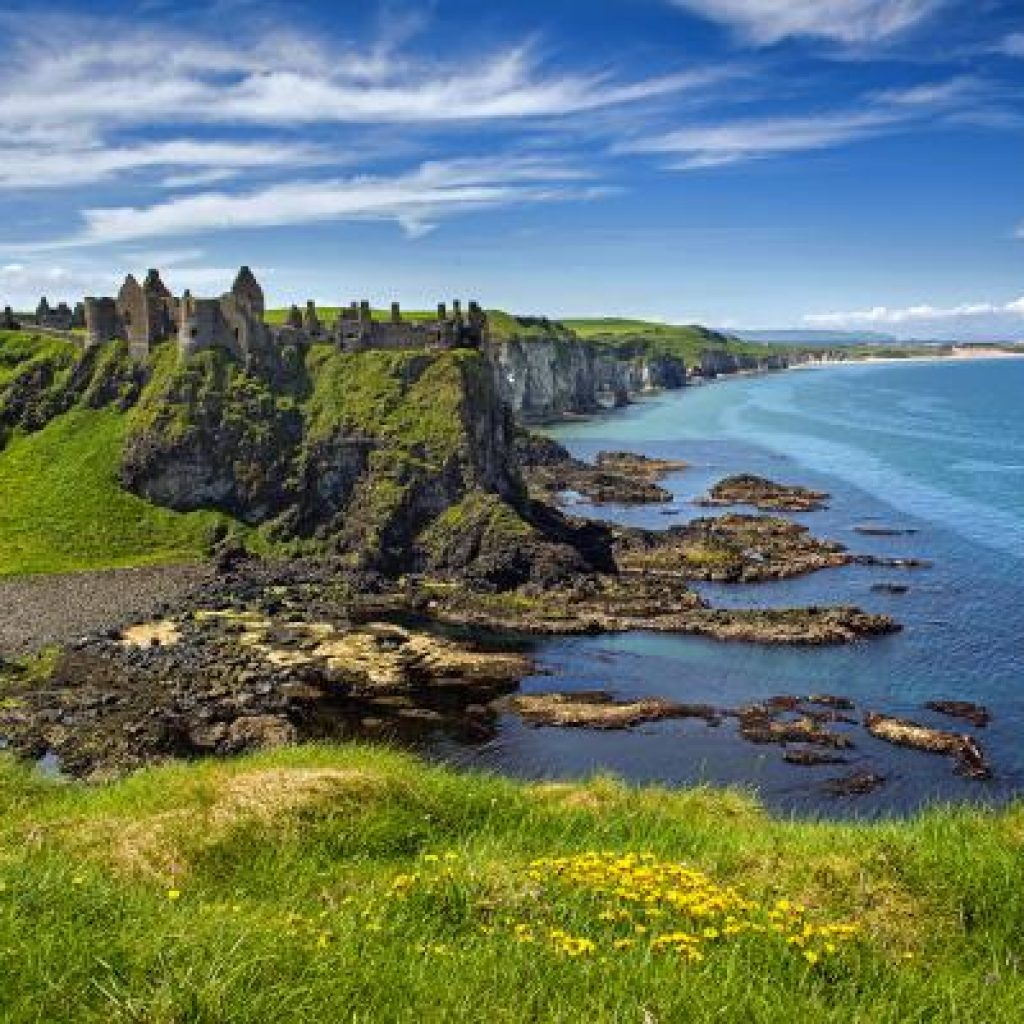 The ruins of the medieval Dunluce Castle in Co Antrim

The Water Rail Way alongside the River

Look out for art along the way as part of work commissioned by Sustrans, including Sally Matthews’s Lincoln Reds and Lincoln Longwool Sheep, and sculptures inspired by the poems of Tennyson. There are also two viewing platforms high over the River Witham, created by the Belgian architects Robbrecht en Daem, that open up lovely views over the fens and the historic city of Lincoln.

After the town of Silloth, the route follows the coast down to Allonby, where you’ll find a long sandy beach, with lovely views across the Solway Estuary and Maryport, which you’ll reach next. It is home to a great Roman museum and a maritime museum. 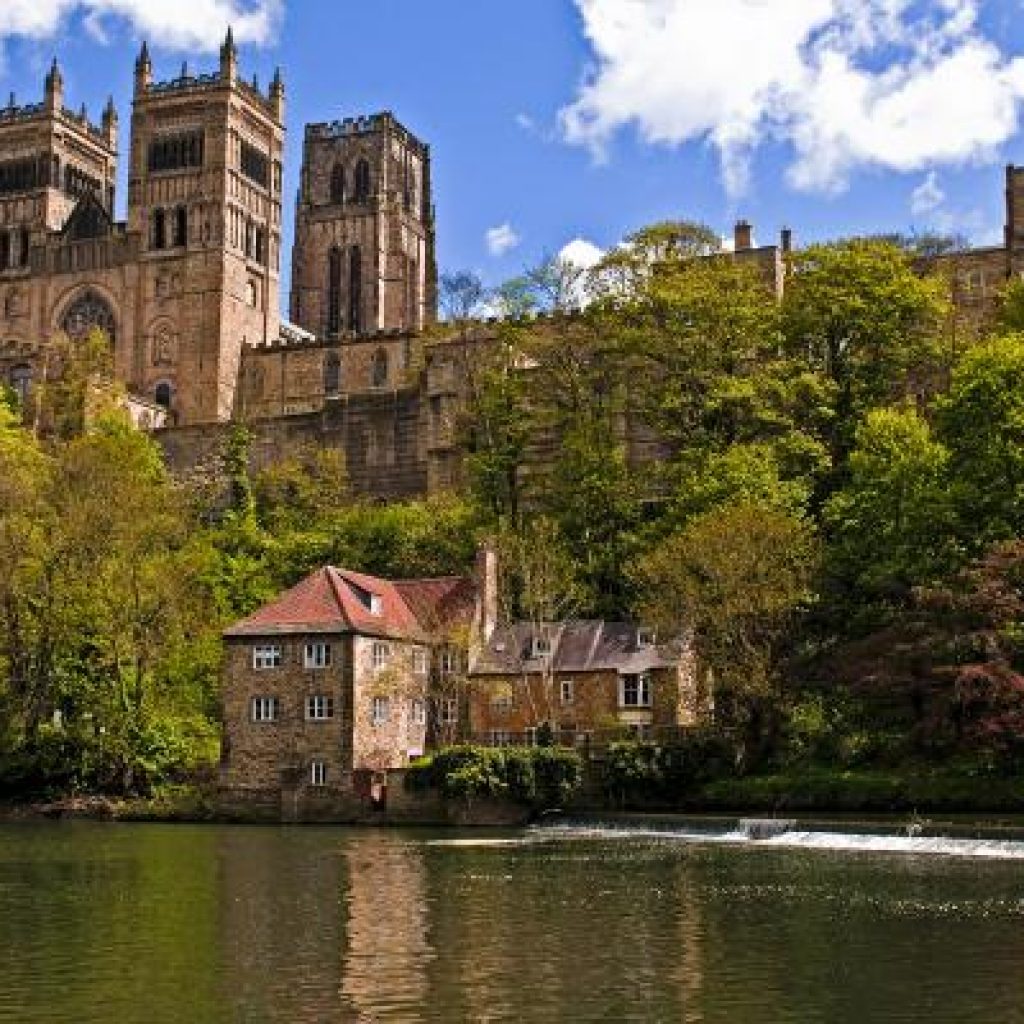 If you want to explore further you can continue the Three Rivers route along Route 14 and Route 1 to Sunderland, and north along the coast to Whitburn and South Shields.

All routes are part of the National Cycle Network, created by the charity Sustrans (visit www.sustrans.org.uk for more details and to buy pocket cycling maps). Times readers can save 20 per cent onTraffic-Free Cycle Rides from Sustrans using the code SAVE20

Use saddle bags to spread the load as you ride

Before you set off

Get set up correctly
“If your saddle is too high, then you’re going to be stretching too much, which can lead to knee problems,” says the former Olympic cycling champion, Dani King, who is now a cycling coach (roweandking.com). “The wrong saddle height can also lead to back problems.” The knee of your long leg (the one on the floor) should be slightly bent, and your foot horizontal when you are sitting on the saddle.

No backpacks – only panniers
“Rucksacks can affect your posture, causing back pain,” says Sam Jones, of the charity Cycling UK. “Saddle bags, a pannier or bar bags that sit on the front of a bike are perfect for spreading the load.” Try to ensure that not everything is at the back or front, which can cause instability, and evenly distribute it on each side.

Carry a spares pack
“You won’t need a backpack full of emergency gear, but an inner tube, pump, spanner or multitool and a tyre lever should be the minimum you carry on any reasonable bike ride,” Jones says. “Make sure either you or someone in your group knows the basics of tyre repairs.”

Take it steady
Most accidents occur when novice cyclists head downhill too fast, and the Insight Zone coaching team at British Cycling urges caution. Don’t go too quickly or lose control, and “maintain a consistent pace and direction if you overtake”.

Choose an appropriate route for your type of bike
“If you have a hybrid bike with no suspension, then there’s no point going off-road or on anything other than good paths, such as those on most Sustrans routes,” says the cycling coach Andrew Rackstraw, from Saddle Safari. “If you have a mountain bike, it’s worth booking in for a skills session that will teach the basics of navigating more challenging terrain before heading on a lengthy ride. Most specialist bike shops will run them.”

Don’t forget safety checks
It may sound obvious, but you’ll be surprised to hear this is the most neglected aspect of preparation. “Cover the basic safety points — that your brakes are working, the tyres are pumped up and chains oiled,” says Jones. Give your bike a free checkup at the Big Bike Revival clinics held around the UK this summer (bigbikerevival.org.uk)