If you’re planning a trip to Australia, or you’re looking to emigrate to Australia from the UK and make the switch a permanent one, then you’ll want to check out the raft of different landmarks that the country has to offer settlers. And there are plenty of Jobs in demand in Australia, so that you’ll have an excellent chance of

Let’s run through a list of the most famous of them.

There are some buildings which are so iconic that they become emblematic of the city they’re placed into. If you’ve ever seen a landscape view of Sydney, then the chances are that you’ll have seen the Sydney Opera House; it’s an instantly recognisable structure whose fin-covered exterior was the result of an architecture competition in the 1950s. Today, it’s among the most striking buildings on the planet, and a must-visit for those visiting Sydney (even if you aren’t very interested in Opera).

Ballarat is a little-known part of the country which, in 1851, experience a gold rush. Overnight, this tiny sheep-station was transformed into a bustling mining town. Within just a few months of the announcement, tens of thousands of people had descended onto the place. Today, the city offers an exciting glimpse into the colonial history of Australia.

More often known outside Australia as ‘Ayer’s Rock’, this enormous structure in the Northern Territory of Australia is now more commonly referred to by its aboriginal name, ‘Uluru’. It’s of tremendous cultural import to both the aborgines and more recent arrivals to the continent, and stands as the largest monolith in the world.

This enormous underwater structure is among the greatest treasures the natural world has to offer. It’s packed with an astonishing amount of life, rivalling even the amazon rainforest in terms of biodiversity. You’ll need to pay for a scuba excursion to see the reef up close, with the Heart Reef in Queensland providing the best underwater viewing of the reef on offer.

Aside from the Great Barrier Reef, Shark Bay stands as one of the most well-known wildlife locations in the country. It offers a great opportunity to take in all kinds of marine life, from curious dolphins to sharks and sea turtles. A visit should be considered obligatory.

Australia has a considerable history as an enormous prison complex, and among the most famous facilities in the country is the Port Arthur settlement. The site now offers plenty to the curious tourist, with an array of restored buildings providing a tangible illustration of what prison life might have once been like.

This network of limestone caves can be found in New South Wales, at the heart of a three-thousand-hectare reserve. They’re just a short drive from Sydney, and thus represent some of the most popular caves of this sort in the country. For thousands of years, this part of the country has been important to the residents of Australia – be they the aborigines or the European immigrants. For the former, the caves are the site of a struggle between two ancestral spirits – a giant eel named Gurangatch and a big cat named Mirrigan.

If you’re looking for stunning natural beauty, then a tour around the Daintree rainforest is sure to fit the bill. It can be found on the north coast of Queensland, and is the largest area of continuous rainforest in Australia. Named after a geologist who popularised the area with his photography, Richard Daintree, this place displays a raft of beautiful plant and animal life – and thus it’s a must for lovers of all things green and natural.

A trip to the beach is almost obligatory for summer holidaymakers – and there are few beaches in the world more popular and beautiful than syndey’s Bondi Beach. It’s around a kilometre long, all of which is covered in fine golden sand. It’s long been a favoured destination among sunbathers and surfers alike.

Cricket is the national sport of Australia, played and watched in almost every corner of the country. If you’re going to visit Australia, or even stay for longer, then you’ll want to experience it up close. And there are few better places to do so than at Melbourne Cricket Ground. It’s a sprawling facility that really comes to life when the Cricket Season kicks off in early October. If you’re a fan of the sport, consider it a must-visit.

Tips For Finding Motivation To Work Out
December 26, 2016 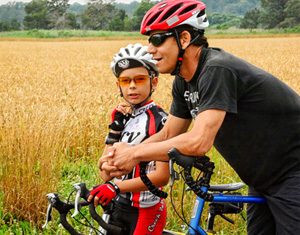